A quick "Jump" to Sydney, Australia

A Blessing in Disguise

I woke up Wednesday the 28th of February prepared to get on a flight to Glasgow, Scotland. I was packed, ready to go. I even got out of bed, took a hasty shower, and talked to my partner Tammie about the type of plane and we talked about her plans while I was gone. I got to the breakfast bar and started eating, checking news and checking email. Several messages from my team's scheduler had come in, "Don't leave! The visit with [ridiculously large bank's name redacted] has been cancelled!" And that was that! Apparently, the UK was being deluged with a snow storm to rival all others. The airports were, as far as I know, still working, but the customer conference itself had decided to cancel the event, feeling I suspect a bit of worry that the snow would make travel an unmitigated disaster for the incoming speakers. No problem! I didn't particularly want to be in that snow storm, anyway. So I called my travel agent and we moved things around. Things would be easier now. I could stay home another day, lazing in San Francisco. Tammie and I spent the requisite few hours in my condo's jacuzzi, of course, then visited some friends and soaked in the blue skies and comfortable weather. It was a hard job but somebody had to do it.

This extra day shaved off a bit of an onerous run from my travel agenda. The original plan was that I would fly from Glasgow, Scotland to Sydney, Australia. If you haven't done that run before, it's a long trip! I was looking at some thirty hours of travel. It's equivalent to going a few hours further east than Chinia and then going like ten hours south beyond south east Asia (like Singapore). As much as I would have liked the mileage, I don't need it that badly. I just passed the United 1K tier. United 1k is the top listed tier of travel. There is one more level above that, Global Services, which is invitation-only. There are no listed characteristics for this level, but I've heard that you need to be in the top 1% of all travelers in both miles and ticket spend to be invited. I have been invited for the last two years in a row. My point: I would've done the trip if there was a chance to serve the Spring community, but I'm not too sad that I didn't make it..

..I say "how far?" James, of course, is a legendary SVP of cloud here at Pivotal and he wanted me in Sydney to talk to a customer. So, we fit the trip in a couple of weeks before the day. I was supposed to go from Glasgow to Dubai, with no trip to Sydney. Now, suddenly, the trip to Glasgow was out of the picture and I had more time to visit Sydney.

The extra time gave me a bit of a buffer so I was able to get to Sydney early and meet some friends of the community. I arrived, as it happens, on "Mardi Gras," which is an event that celebrates the LGBTQ community. It was massive. The whole country gets in on the action! It was heartening. Even Uber's map and Google map adapts to the route of the parade in the midddle of Syndey. Cher appeared and did a massive concert. The PM was tweeting about it (and he was there to meet Cher). 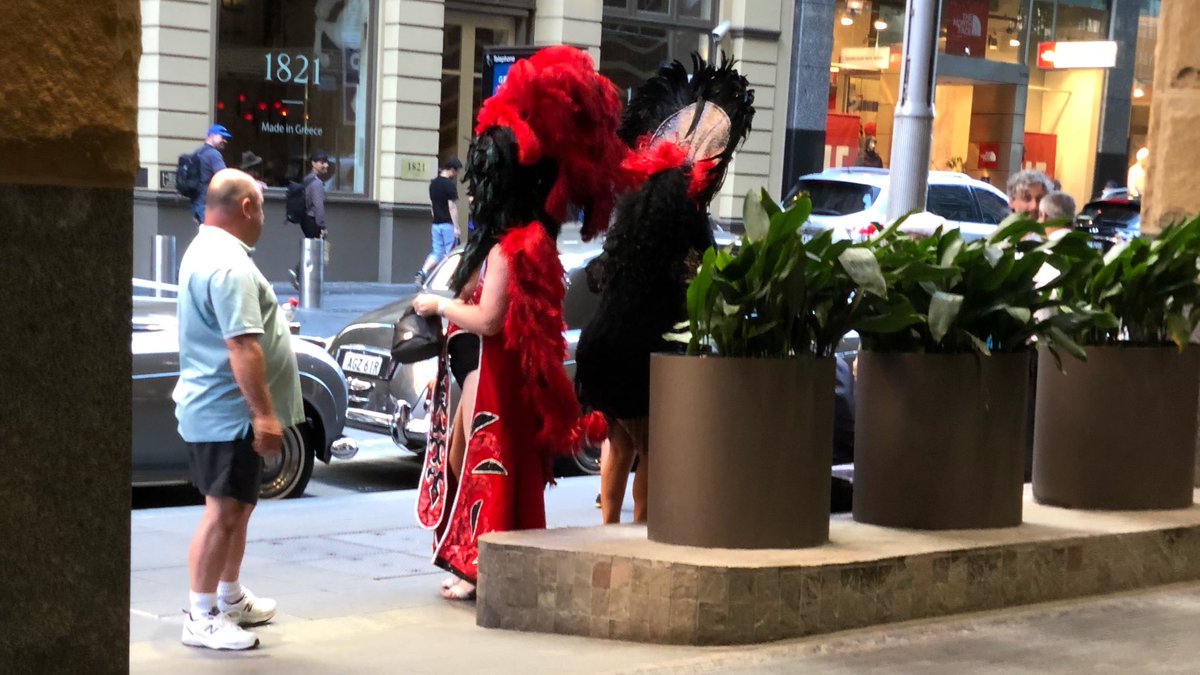 Rock on Sydney. That was awesome.

So as it happens the amazing Michael Neale, co-founder of Cloudbees and legend, lives in the Blue Mountains, near Sydney, and he was in town. We've interacted with each other for years on Twitter but I've never had the privilege of meeting, but this time, finally, we did! Cloudbees used to run an amazing platform, itself called Cloudbees, which competed, for a time, with Cloud Foundry and Heroku. It was an interesting technology with a devoted userbase that was ahead of its time. They retired the platform, itself, a few years ago and have since re-oriented on lifecycle management and deployment (continuous delivery, I suppose, would be the broader word to describe their focus) and tools like Jenkins, the majority of whose development Cloudbees sponsors. 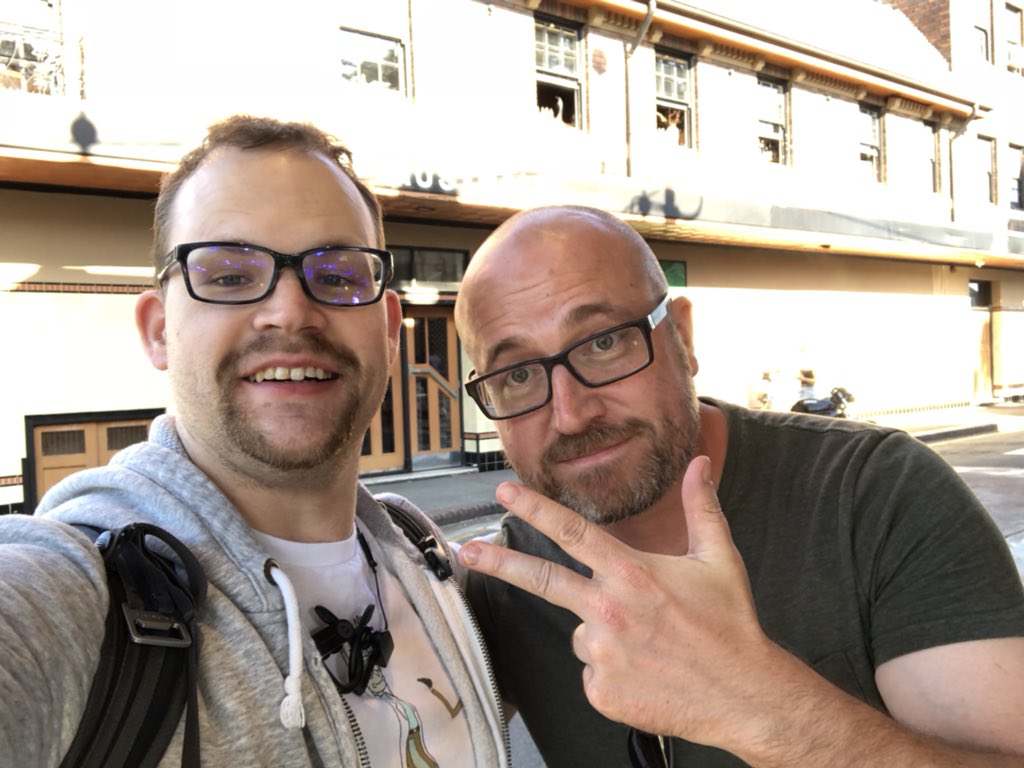 James Dumay (and his dog, Oddy)

We hung out and talked software, cloud platforms, continuous delivery and more, all of which was fun. At some point, though, a few snacks into our discussion one of Michael's friends, James Dumay, strolled by and motioned for us to join him. James Dumay, shown below, is an interesting character, so I followed, intrigued. 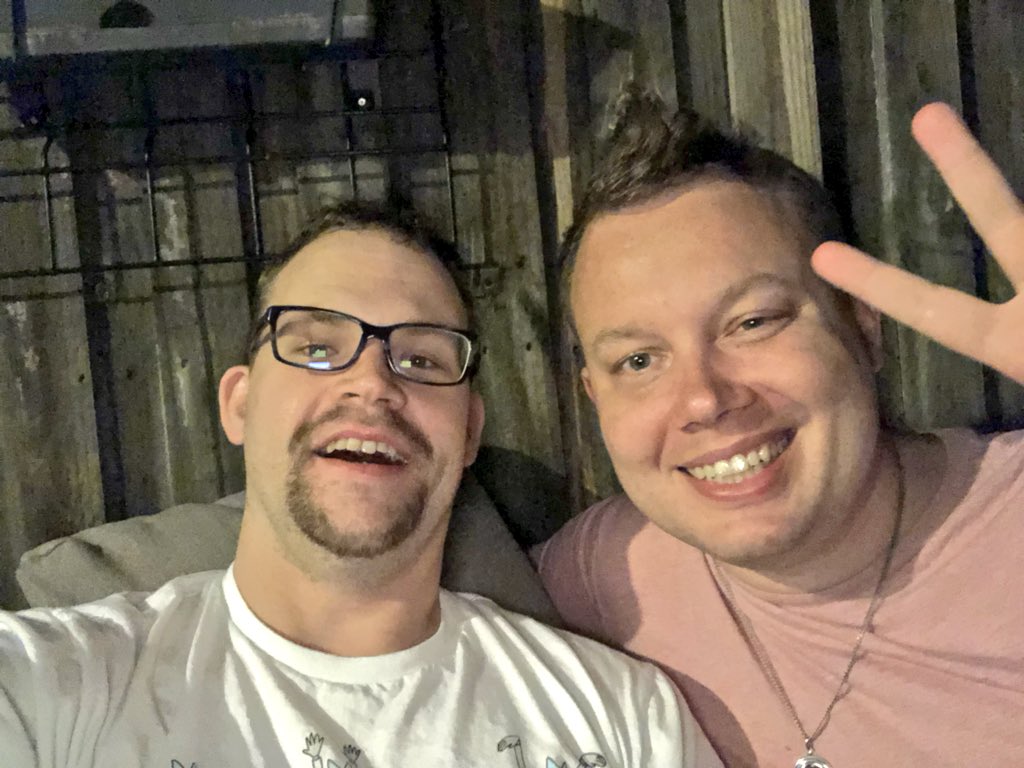 I didn't quite know where, or why, but darnit, we were off! We walked a few blocks and and I found myself in James' house greeted by this friendliest of critters, Oddy. 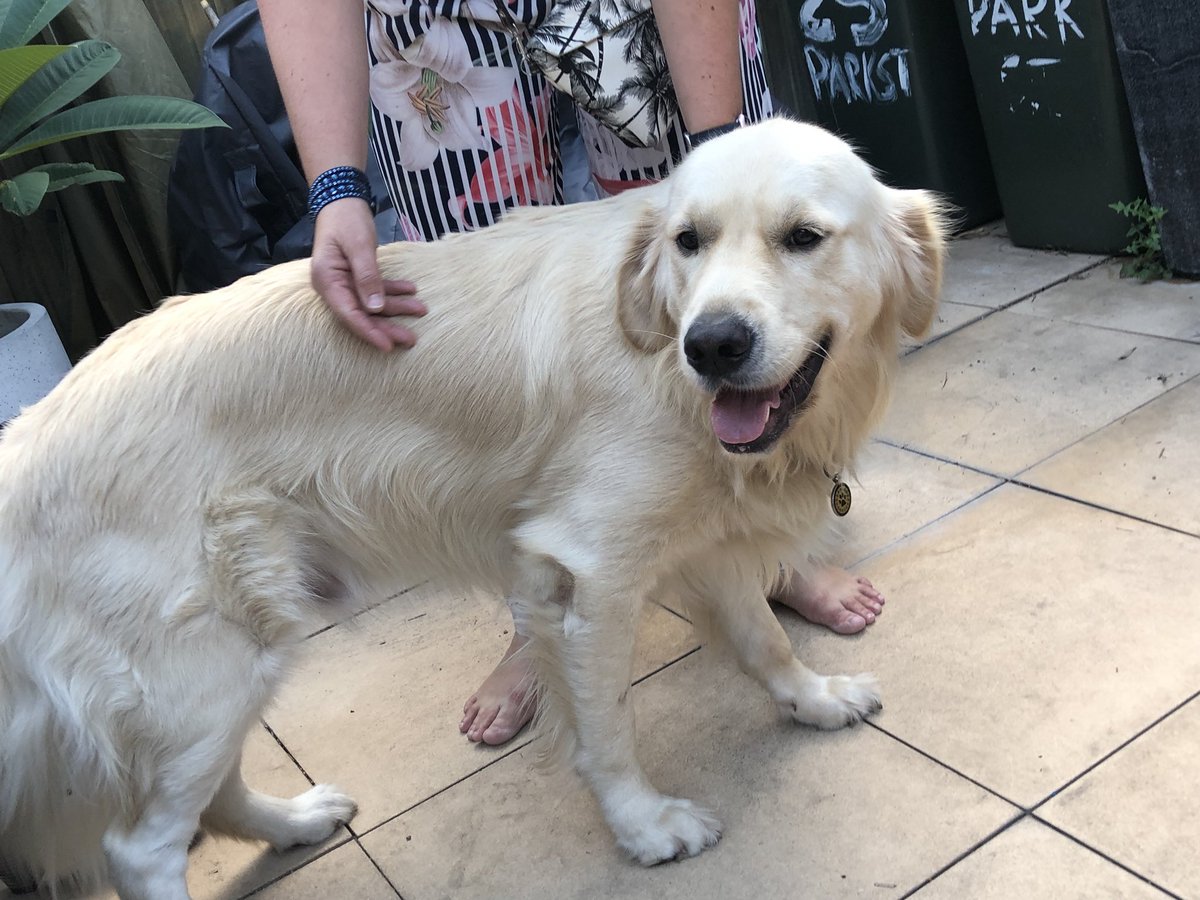 We proceeded to the back and Oddy entertained all the partyers. I met a whole bunch of people and got to talk to some of the amazing engineers in the local scene, including James. There's a long and interesting Australian technology scene. Google have an office there. The majority of the amazing-for-its-time, but unfortunately now dead Google Wave project was developed there. There are a number of Red Hatters from there. And, of course, there's Atlassian. Everybody in the Australian technology scene, it seems, has at one point or another worked at Atlassian. Atlassian, of coourse, is one of the most successful Australian software companies. Their co-founders have variously been among the richest people on the planet. In the last 24 hours the two co-founders - Michael Cannon-Brookes and Scott Farquhar - joined Bloomberg's Richest people.

It was an amazing party, surrounded by amazing technologists and community members. Thanks Michael.

The next day I got to connect with the legendary Dez Blanchfield. Dez is a friend of the community, an interesting center of gravity in Sydney, and yet another person with whom I've interacted for years on Twitter but was delighted to finally get the chance to meet. Dez came baring sweet and savory Australian gifts. 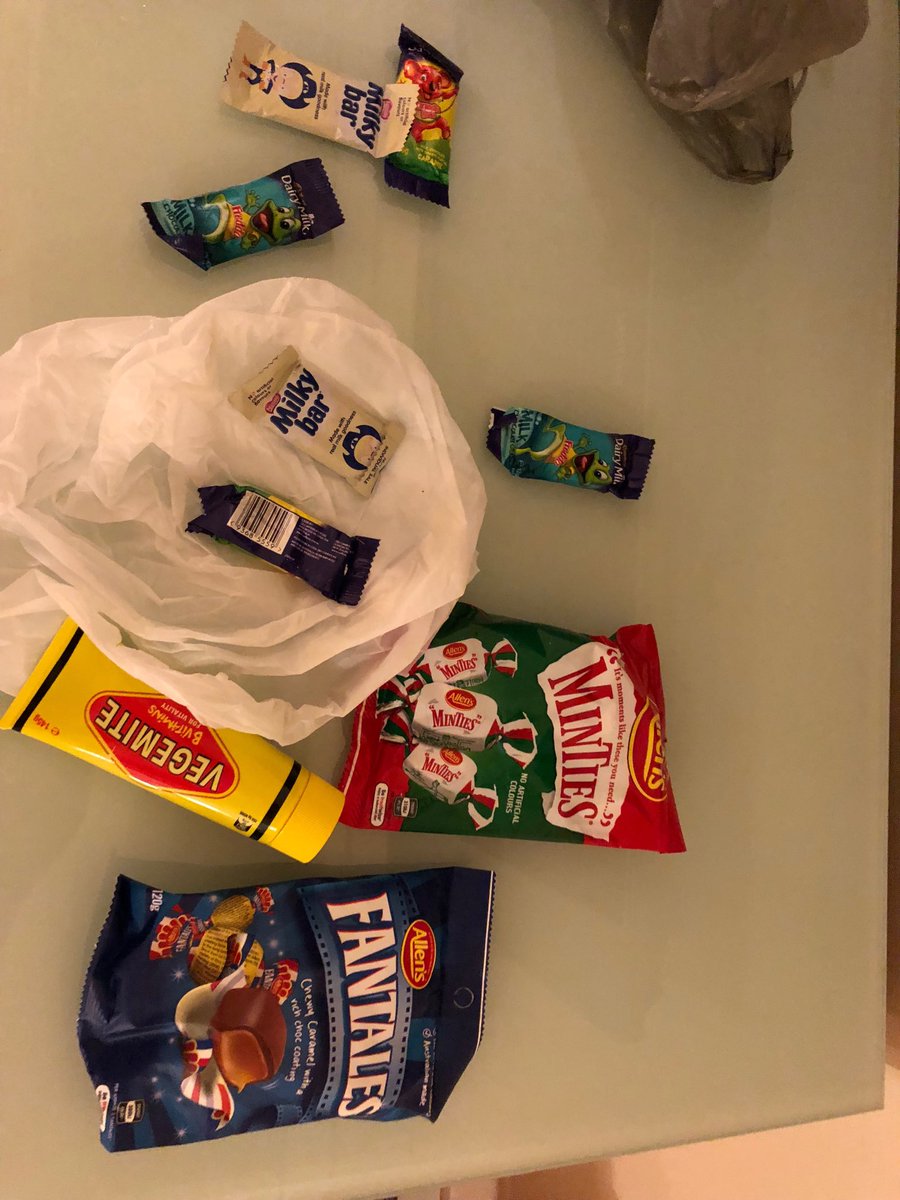 Dez is a force of nature. The man has a company that itself serves all sorts of verticals worldwide. His 200+ people organization helps companies make the leap across the digital divide. I learned a crapton talking to Dez, and look forward to working with him in the future. I appreciate all that we talked about, but I especially appreciate the very quick but amazing visit to the Sydney Harbour bridge. We jumped in his Audi and dashed across the bridge and took a few photos. 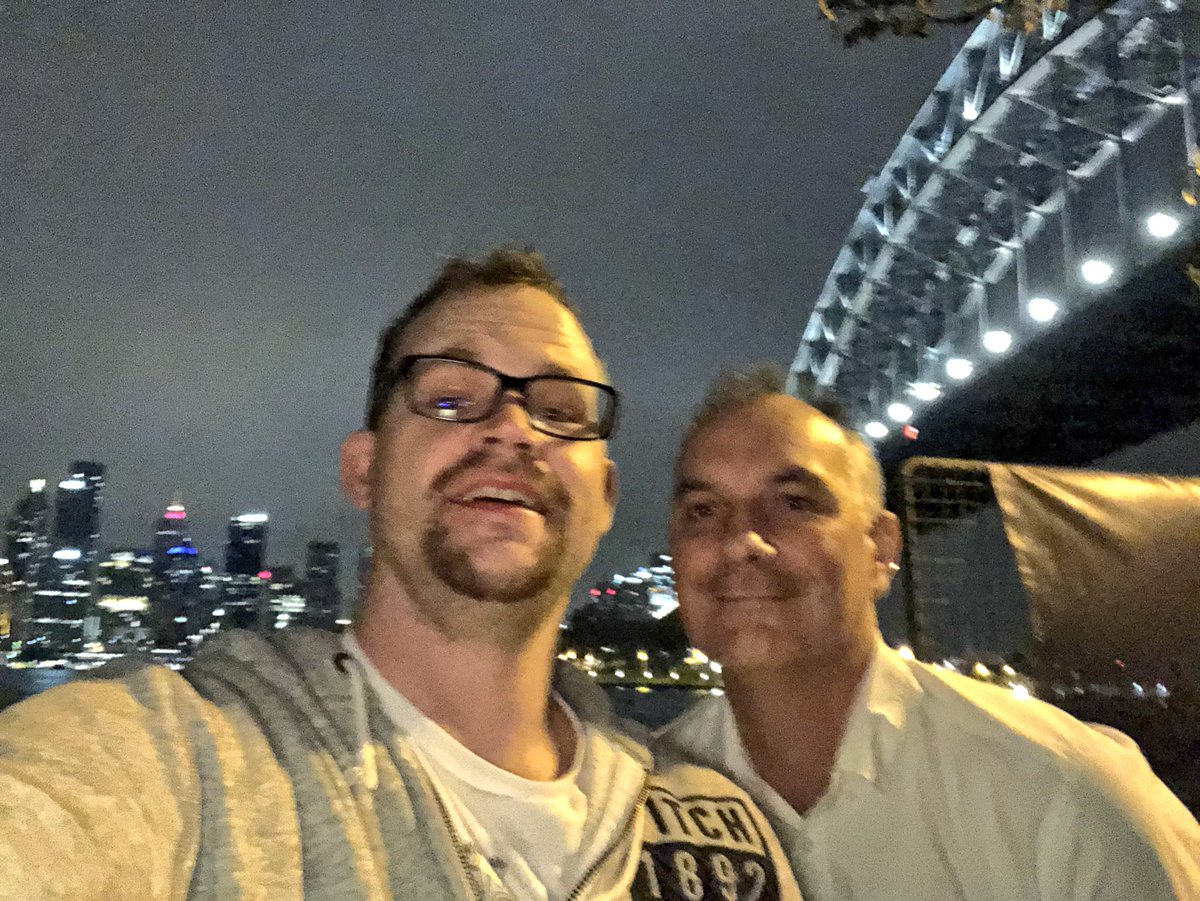 Many years ago I traveled to Chicago to help the Pivotal Labs teams, then just ramping up on Spring Boot, get going. I met David, from Denver, who was working at the Chicago Pivotal Labs office. He was one of our legendary Pivots and he's been there, rising through the ranks, for years. He's been a local advocate for Spring and for Kotlin. He's been a reliable friend, and every time I'm in town we get dinner. I am a big David Julia fan. So, it was disappointing, but completely understandable, when I learned he had accepted a position as office director for the Pivotal Sydney office. Needless to say, I was elated to have the opportunity to catch up with an old friend. 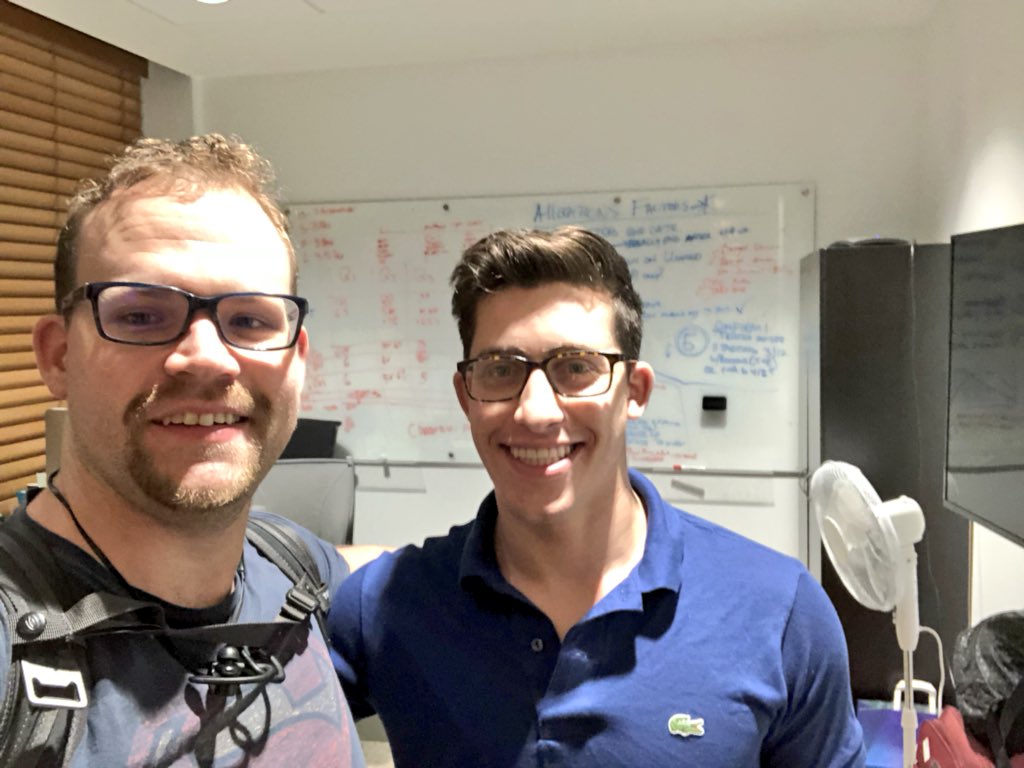 We have a Pivotal office in Sydney and we work with the largest local companines helping them transform. For this trip I spoke to several different groups in the same, very large customer. It was an exhausting day but I spent an extra two hours talking to them on a number of different topics. We started early in the morning and ended up leaving after most of the office was dark and shutdown. What an amazing group.

It was a very productive 50 hours in Sydney and I look forward to returning to Australia in May, but, at this point, I had to get to Dubai...